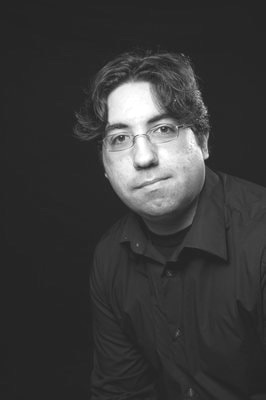 Salvatore Mallimo holds Doctor of Musical Arts and Master of Music degrees from the Mason Gross School of the Arts at Rutgers University New Brunswick, New Jersey, as well as a Bachelor of Music degree from Montclair State University, all in Piano Performance. While a student at Montclair State University, he received many scholarships and awards, including the School of the Arts Award for Talent and Scholarship. His winning the concerto competition lead to a performance of the Piano Concerto No. 1 in F-Sharp Minor, Op. 1 of Sergei Rachmaninoff with the Montclair State University Orchestra.  He has done additional graduate work in Piano Pedagogy at Westminster Choir College, in Princeton, New Jersey. His performance studies include work with Daniel Epstein, Mark Pakman, Ingrid Clarfield, Susan Starr; coaching with David Witten, Sondra Tammam, and Dorothy Taubman; and masterclasses with Jerome Lowenthal, Earl Wild, Reynaldo Reyes, Spanish pianist Humberto Quagliata, and Belgian pianist Diane Andersen.  As of January 2020, Dr. Mallimo began a second Master of Music degree in Film Scoring at Berklee College of Music/Berklee Online.

Dr. Mallimo’s appearances as solo recitalist include performances throughout the New York Metropolitan area, including Weill Recital Hall at Carnegie Hall.  He is also an active chamber musician and accompanist, previously serving as a Staff Accompanist for Montclair State University’s Music Department, as well as the Accompanist for the Wayne Harmony Singers from 2002 - 2013, and for the Apprentice Chorus of the Newark Boys Chorus School from 2012-2014.  Currently, Salvatore Mallimo is the Music Director at St. David's Episcopal Church in Kinnelon, New Jersey.

From 1999-2002 Dr. Mallimo was on the faculty of Montclair State University’s Preparatory Division for the Arts, and has since maintained a large private studio in Montclair, New Jersey; please visit www.mallimopianostudio.com for more information. From September 2015 to March 2020 Dr. Mallimo served on the Executive Board of the Music Educators Association of New Jersey as a member of the Scholarship Committee, Recording Secretary, Editor-in-Chief of The Glissando (the MEA-NJ newsletter), and as 1st Vice-President.  He is a member of the New Jersey Music Teachers Association, Music Teachers National Association, as well as the New Jersey Federation of Music Clubs.  He has published over 20 selections of both choral pieces and pedagogical arrangements of popular songs on SheetMusicPlus.com.  Dr. Mallimo is also the author of the series Elements of Piano Technique and Applied Theory, available for purchase as downloadable PDF books on this website's Online Store page and in paperback on Amazon.com.